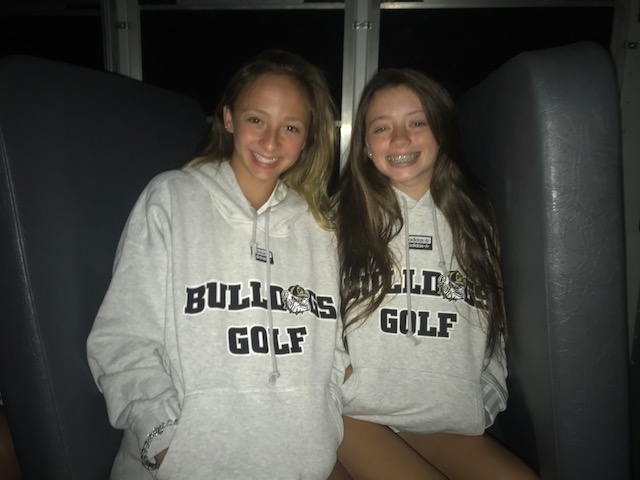 The girls golf team lost a close match on Thursday to West Oak at Chickisaw Point, losing by two strokes. Pendleton was led by Kaitlyn Hagler who was low medalist of the day with a 42. Other counting scores were Kendal Graham with a 55, Ella Traynum with a 59 and Cami Jordan with a 62. Rookies Emilee McAlister and Lauren Monday also played in the match, while a couple of starters had a day off.
It’s been a busy and hot week for the girls who competed in two nine hole matches and also a tournament. The girls will be back in action playing in three matches next week.