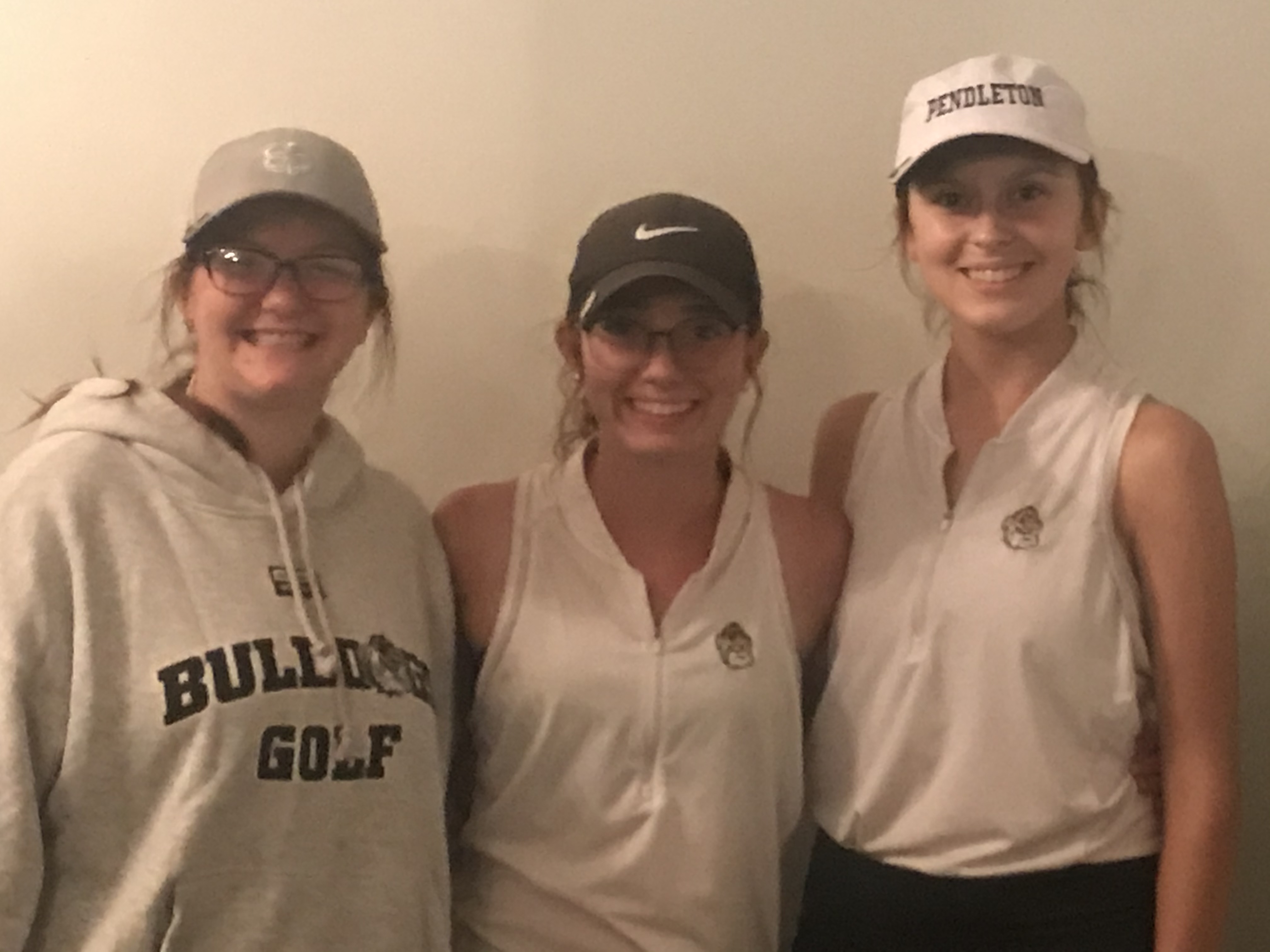 The girls golf team played through some very tough conditions in the Region Tournament on Tuesday. The skies opened up after about five holes and continued for a couple hours. Despite the conditions the girls scored a very respectable team score of 377. The Bulldogs were led by Kaitlyn Hagler with an 84. Emma Stone and Torie Yeomans fired 97’s and were followed by Ella Traynum and Kendal Graham with 99’s. Gray Hammond shot a 102.
Kaitlyn, Torie and Emma were named to the All-Region team, which is made up of the top ten finishers in the tournament.
Seneca won the Region Tournament shooting a 358 and they were followed by Powdersville with a 377. Pendleton finished third followed by West Oak and Liberty.
The girls will be back in action at the Upper State Tournament which will be held October 22nd at Carolina Springs.