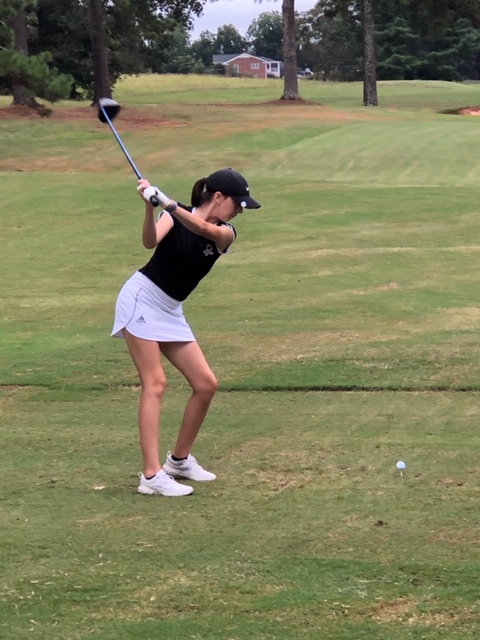 The girls golf team defeated West Oak by 16 strokes on Tuesday in a region match up at Boscobel. The girls definitely came to play today with five girls recording personal bests in competitive play. The Bulldogs were led by the consistent play of Kaitlyn Hagler who shot a PB 39. She was followed by Emma Stone who also had a PB 42. Ella Traynum bettered her previous best score by 3 shots coming in with a 43. Freshman Kendal Graham, who shot a PB yesterday, bettered it today by two shots shooting a 45. Gray Hammond also had a big improvement from yesterday’s play and shot 48. Cami Jordan, playing in only her second match ever, shot a PB 52. Cami’s second shot on her last hole, number 9 came within a foot of the cup and she made the birdie putt in front of all her teammates!
Thanks to all the parents who came out to support our girls! The girls are back in action next Tuesday, Wednesday and Thursday!