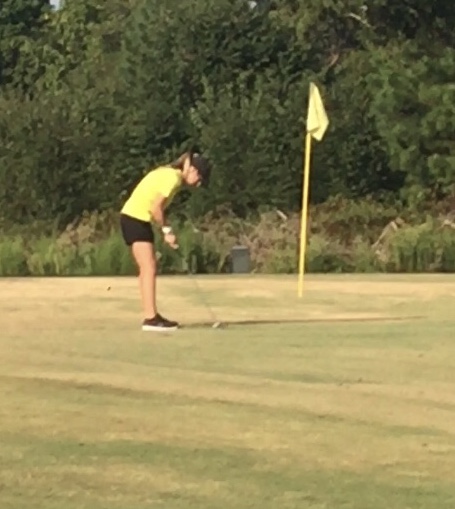 The girls golf team wrapped up their third match in three days at Boscobel this afternoon. It was a three team match with BHP and Liberty. Scores were low partly due to the temporary greens. BHP won the overall match with a team score of 158, followed by Pendleton with a team low of 167. Liberty’s team score was 202.
Ella Traynum and Kendal Graham led the Bulldogs with 40’s. This was a personal best for both of the girls. They were followed by Kaitlyn Hagler with a 41 and Emma Stone shot a 46. Three other Lady Bulldogs competed today as well. Rookie Lauren Monday shot a 48, Rhecia Majors shot a 50 and Cami Jordan shot a 51.
The girls will have a week of practice next week and then compete in the Lady Patriots tournament on Monday, Sept. 23rd.