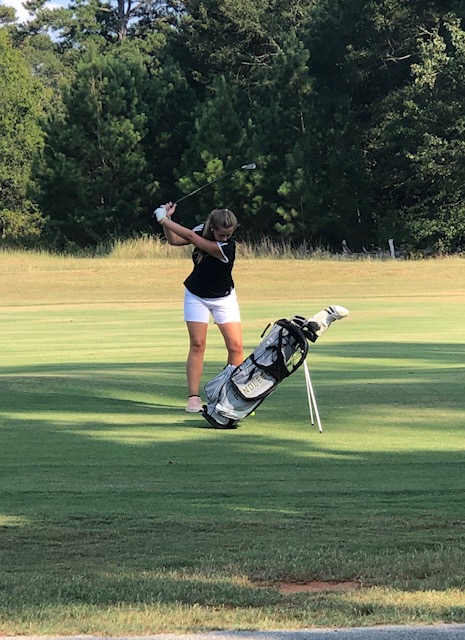 The girls golf team competed in a three way match at home today against Powdersville and TL Hanna. The girls were narrowly defeated by 2 strokes by Powdersville, however they defeated Hanna by 3 strokes. The Bulldogs were led by Sophmore Kaitlyn Hagler who shot a personal best 37! She was the medalist for the match. Gray Hammond shot a 45, followed by Kendal Graham with a 46 and Emma Stone with a 47. Rookie Emilee McAlister also shot a personal best and impressive 47 in only her second match ever! Lauren Everett also played her first match of the year and shot a 50! Zoe Willis and Ella Posey also played in the match and shot 55 and 60 respectively.
Today was an encouraging day for the entire team as we move into the second half of the season. The girls are back at Boscobel tomorrow hosting Liberty and BHP.