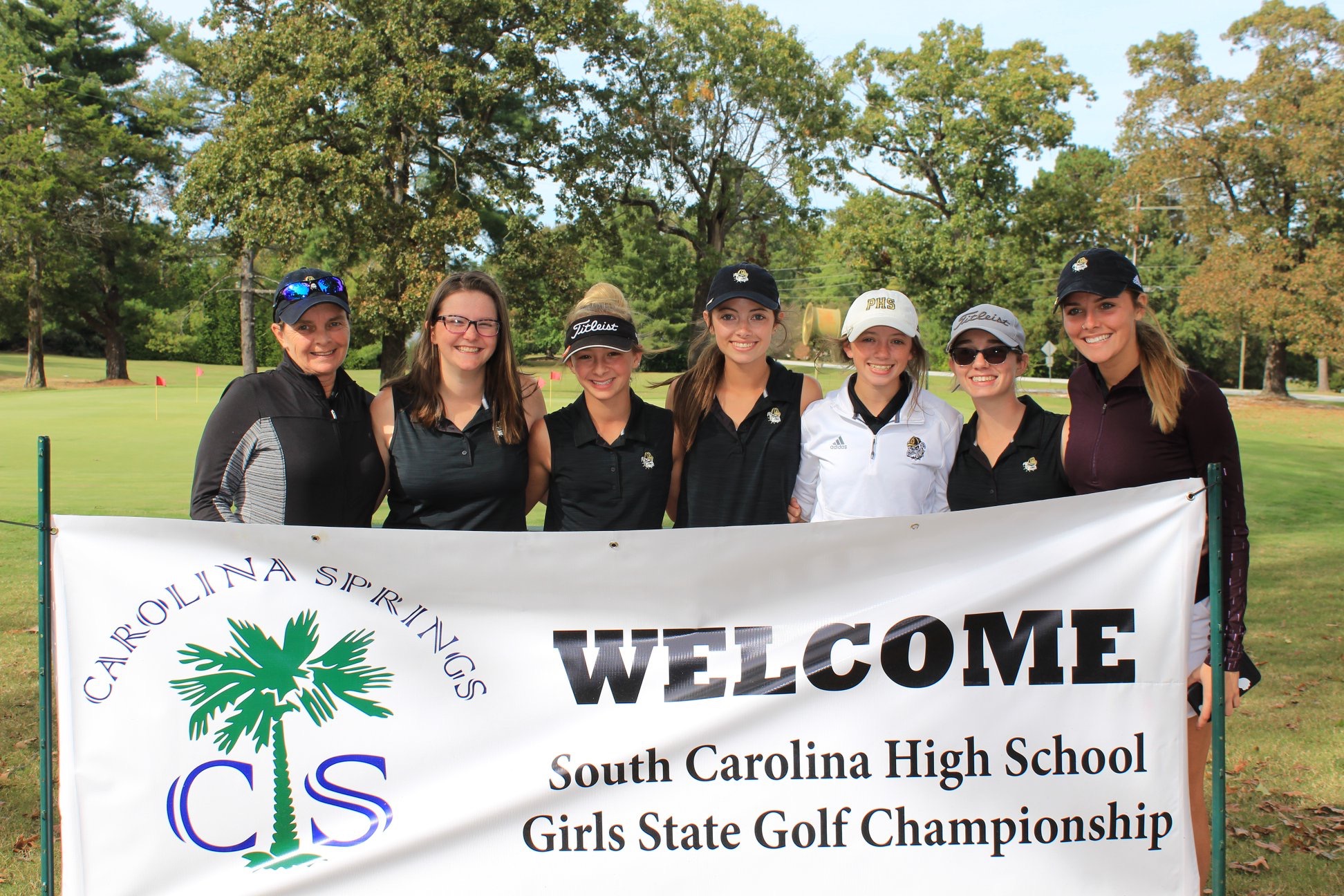 The Lady Bulldogs finished their season by competing at the State Championship which was held this past Monday and Tuesday at Carolina Country Club in Fountain Inn.
Competition was very tough and the girls finished 14th of 16 teams.
The Bulldogs were led by freshman Kaitlyn Hagler who shot 91-89. She was followed by Gray Hammond with a 96-100, Gracie Traynum with a 97-102, Kendal Graham with 104-109 and Ella Traynum with 107-108.
Senior Gracie Traynum played in her last HS competition. She has become a true leader on this team and her positive energy will be greatly missed. The future is bright for the Lady Bulldogs as we have a young team, and are looking forward to next season!
Oceanside Collegiate captured the State Championship convincingly followed by Bishop England and St. Joseph’s.